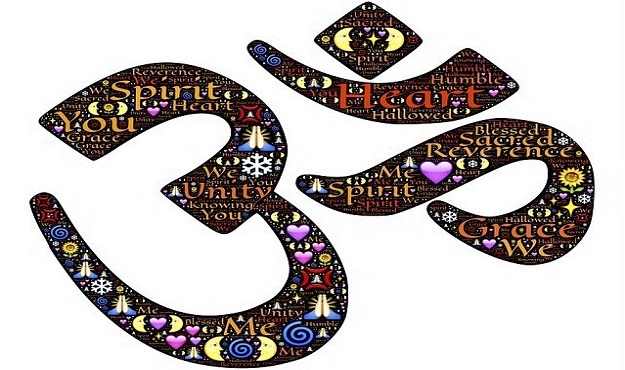 You don’t need to learn Sanskrit to practice yoga, but an understanding of these 11 important Sanskrit words may enhance your practice…

Did you know that the practice of yoga was originally an oral tradition? In fact, yoga instructions were traditionally passed on from teacher to student via the common language of ancient India called Sanskrit, which is sometimes considered the mother of many European languages. Even though today’s yoga classes in the Western world are usually taught in English, you’ll likely hear many yoga poses (asanas in Sanskrit) being referred to by their Sanskrit names.

While it certainly isn’t necessary to learn Sanskrit in order to do yoga, you may find using some of the Sanskrit words adds some depth and additional meaning to your yoga practice. If you’re like me, you may also enjoy the sound of Sanskrit, especially when describing asanas. (I find the Sanskrit pose names to sound so musical!)

It is up to you how deeply you want to delve into Sanskrit, but you may find learning even just a few words to be helpful in your yoga practice. Here are 11 Sanskrit words for yoga practitioners to start with:

Asana is understood as the postures we practice in yoga. The translation of this Sanskrit word is literally, “seat.” The first yoga asana, developed thousands of years ago, were simple positions held for long periods of time, which were meant to facilitate meditation.

In the Yoga Sutras of Patanjali, the mythical sage described the physical practice of yoga as Sthira Sukham Asanam — loosely translated as “a steady of joyful (or comfortable) seat. So even the most pretzel-like yoga pose in your practice must still be approached with this balance in mind.

Most yoga practitioners are familiar with this Sanskrit word because of the popularity of Ashtanga Yoga classes. But thousands of years before K. Pattabhi Jois spread his signature yoga series to the world, Ashtanga were the eight limbs of yoga set down in the Yoga Sutras of Patanjali.

The eight limbs are as follows:

The idea behind the Ashtanga is that yoga is a practice that begins from the outer (physical) world, and sequentially moves inwards.

Namaste is still often used as a greeting in part of India and is accompanied by the Namaste Mudra by placing both palms together in front of your heart. It is often translated as “The light in me honors the light in you.”

We have mentioned the Yoga Sutras of Patanjali several times already. The word sutra is very similar to the English word it evolved into which is “suture.”

The Yoga Sutras are an important text for modern yoga because it lays the foundation for yoga philosophy through a series of verses, or threads, which explain how yoga is an external practice that progressively becomes more internal.

Drishti is is a practice during asana to gaze upon, or focus, on a spot to help with concentration, balance, and teaches you to see the world beyond the illusion of the mind and for what it truly is.

In the practice of Ashtanga yoga, there are nine drishti points which can be external or internal in the body.

More than being a point to focus on, drishti can also mean a wisdom which focuses consciousness towards the correct vision of oneness. It is a tool which helps us to overcome the limitations of normal human vision and limited ideas and go beyond.

Although there are thousands of mantras which have been recorded and memorized for many generations, there is actually no generally accepted definition for what a mantra is. The root of this word in Sanskrit is “man” which means: to think.

Bandhas are locks that are practiced in different parts of the body to allow the collection of energy and prana. These locks are located in specific areas:

Many say that hatha simply means ha – sun and tha – moon. But this is one of the many mistranslations that happen with Sanskrit words.

The literal translation of the word hatha is actually “effort.” It refers to the effort and perseverance required to practice the spiritual and physical discipline of yoga.

Mudra are spiritual gestures which are meant to seal certain qualities of energies. The most well-known mudras are usually hand positions, but some mudras can involve the entire body.

It can be broken down into two words: mud – joy and ra – produce. So mudras are meant to produce and spread joy when practiced.

Pranayama is the practice of lengthening one’s breath. Different techniques are used to achieve this, but all are to ultimately deepen and lengthen breathe for meditation.

Finally, yoga is probably to most well-known Sanskrit word all over the world by now. It literally means to unite or tie together. The English word “yoke” evolved from this.

The practice of yoga is mean to not only unite the mind, body, and spirit, but also unite the self with the ultimate reality.

Get Cozy With These Warming Meditations

5 Yoga Poses You Can Do With a Yoga Wheel