A Quick Guide to the Sun Salutations 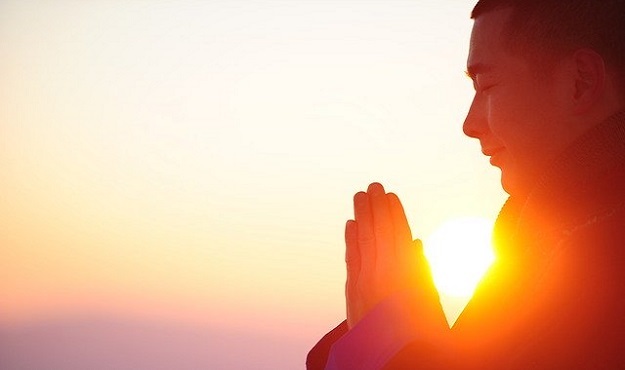 You probably know some form of the Sun Salutations, but are you familiar with all 3 sequences? Here’s a quick introduction…

If you’ve ever taken a yoga class, you’ve most likely been introduced to Sun Salutations. Surya Namaskara, the original Sun Salutation name, is one of the most popular yoga sequences in the Western world. However, you may not know that it derives its popularity from the flexibility of its three routines – A, B and C – which can range from poses suitable for a beginner to the more advanced.

Differences Between the Sequences

Many of the poses are the same in each of the Sun Salutations sequences, but there are a few differences.

Here are the poses included in Sun Salutation A in order:

Sun Salutation B however generally substitutes the Warrior I and Chair poses for the Upward Salute, whereas Sun Salutation C includes the Plank, Low Lunge and Cobra postures in its routine instead of the Four-Limbed Staff Pose.

Each of the routines are laid out in a sequence that allows the student to move from one pose to the next with minimal movement or lost time. Breathe in on the portion of the pose involving a stretch or extend; breathe out on the portion where you bend or contract.

In its basic form, the Sun Salutation poses concentrate on stretching the whole body along with deep breathing to warm up core muscles. Warmed muscles are more pliable and flexible, thus reacting better to the movement as you flow through the poses. This also reduces the risk of injuring a muscle by stretching further than you could if not warmed. And because each pose can be done in a variety of ways, advanced students can do variations of a pose for more stretching and strength building benefits.

Since the normal Sun Salutation poses are very basic, they are a great routine to do by themselves or to incorporate with more advanced poses. For example, the Triangle Pose can be added to the Lunge to expand the flexibility of the hips, shoulders and abdominal core. The more advanced Standing Splits pose can follow the Mountain pose for an even deeper stretch.

The Sun Salutations are a great sequence to practice every day for overall health and balance, and they only take a few minutes. Do one of the Sun routines daily and soon you’ll notice a difference both mentally and physically!

[Pose Of the Week] Rooster In Lotus Pose (Advanced)