Express Your Inner Truth Through the Throat Chakra 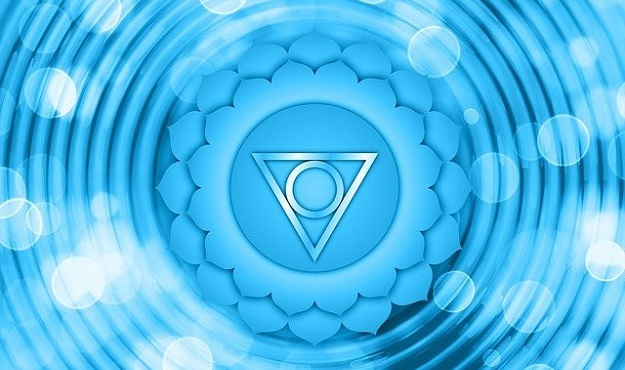 A clear Throat chakra allows you to speak your truth and communicate clearly with those around you. Here’s how to balance this important energy center…

The fifth chakra is the Throat chakra or Vishuddha chakra. This chakra rules the throat area, including the thyroid, parathyroid, jaw, neck, mouth, tongue, and larynx. It is associated with truth and communication, and is considered the first “spiritual” chakra. Speaking, listening, and all forms of self-expression are embodied by this chakra. It’s associated element is ether, and it is often depicted as the color blue.

An open fifth chakra helps one to express your personal power with confidence, and clearly verbalize your thoughts, needs, and desires in a truthful manner.

A closed or blocked throat chakra can manifest in feelings of depression, anxiety, or low self-esteem, as well as the inability to express yourself. Being afraid or unwilling to speak up when you feel the need to is a common symptom of a blocked fifth chakra, as is the avoidance of difficult conversations, or the tendency to shut down and stop speaking rather than speak up and defend yourself when challenged. Conversely, an imbalance in the throat chakra may also manifest in a tendency to talk too much, use inappropriate language, or try to dominate conversations and talk over others.

According to Yoga Journal, physical symptoms of a blocked or unbalanced Vishuddha chakra may include:

How to Balance the Throat Chakra:

A few ways to balance and open the throat chakra include wearing scarfs or clothing that protects your neck, humming, chanting, or singing, and practicing yoga poses that bend or flex the neck such as Shoulder Stand, Plow Pose, Bridge Pose, Cobra Pose, or Upward Facing Dog. Pranayama practices such as Ujjayi Breath or Lion’s Breath also help to stimulate this chakra.

Missed the earlier parts of this series? Click below to learn more about:

[Pose Of the Week] Half Revolved Belly Pose (Beginner)

Open to Love Through the Heart Chakra

Get Empowered Through the Navel Chakra

Tap Into Your Root Chakra