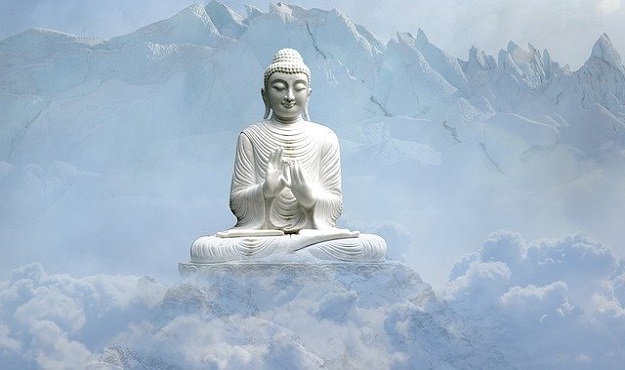 Is yoga religious? The answer to this common question is more complex than you may think…

There seems to be a misconception among some in the Western world that you have to belong to a specific religion or spiritual tradition to practice yoga. Is yoga religious? To answer this question, we need to take a deeper look at the history of yogic tradition and practice.

While it is true that researching the origins of yoga leads us to understand that it was created as a spiritual practice with the goal of achieving a “union with the absolute,” this does not necessarily mean that you have to embrace a particular religion. Instead, if you would like to benefit from yoga as a spiritual practice, you can view yoga as a gateway that helps you tap into the higher power that most resonates with you. (If you are a Christian, for example, your “absolute” would be God.)

Since the early 1960s in the US and other countries of the Western world, when yoga started to be practiced for health benefits, the lines have been blurred between the religious and physical aspects of this ancient mystic practice. And in the 1980s, Hatha yoga became exponentially popular in the United States, practiced in YMCAs, Christian churches, physical therapy clinics, and nonreligious yoga-specific training centers alike.

The fact that yoga was first created as an Eastern form of thought and philosophy in no way detracts from the physical benefits it delivers. Many Western proponents of yoga will argue that it is not religious. And in the bestselling “Meditations from the Mat” the author claims that there is nothing in the ancient yoga texts that eliminates the practice by any particular religion.

As a how-to guide for right living with a goal of spiritual and physical conditioning, practicing yoga can benefit you regardless of your spiritual or religious beliefs.

The difference is in your perception. In the Western world, it is seen primarily as a physical exercise regimen. In the Eastern world, yoga is regarded as a spiritual life practice.

But since the human mind and body both benefit so wonderfully from the regular practice of yoga, it really doesn’t matter how you view this simple but powerful activity. Healthy weight loss, reduction of stress, improved concentration and memory and even a reduction in your risks of contracting heart disease are all healthy benefits that yoga delivers.

Then there are those yogis in the Western world, like David Life and Sharon Gannon, who have developed their own yoga methods. Their Jivamukti version, for example, is based on yoga as an adaptation of practical philosophy and not a religion, according to its creators.

However, both Gannon and Life openly attest that yoga was originally linked to Hinduism and philosophical schools which also include Vedanta, Samkhya, Jainism, and Buddhism. First beginning to appear in the Upanishads as early as 1,000 BC, yoga was without a doubt created as a more spiritual practice than a physical one.

And since the very tenets of this ancient spirit and health enhancement point to each individual’s path of development, there is not any simple religious or nonreligious adaptation that we can point to and identify as yoga. There are several schools of thought and practice, both religious and physical, which dictate different forms of yoga. Kundalini focuses on strenuous exercise and deep breathing. Hatha postures and continual movement are the basis for Ashtanga yoga. And there are more yoga asanas, sequences and methods which focus on sexual energy, body sensation, mental enlightenment, and other immediate goals.

There is no doubt that yoga has its origins in the ancient spiritual and religious Eastern world, but today’s yoga practitioners are as diverse in their religious beliefs as are the many forms of this beneficial mental and physical exercise.

The bottom line is, no matter what spiritual or religious tradition you practice (if any) yoga can benefit you in many ways!