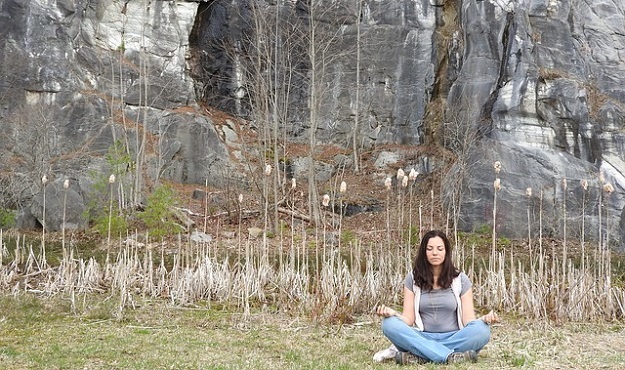 According to a number of recent studies, yoga is not only great for your body, but may also help to alleviate mental conditions such as anxiety and depression…

While various forms of yoga have been practiced for thousands of years, modern medicine is only just beginning to catch on to the benefits of this wonderful practice. In recent years, yoga has been utilized in a number of different forms of therapy for everything from physical rehabilitation, to senior care, to mental issues such as addiction, anxiety and depression.

Not only does yoga complement existing therapies very well, but it also boosts their performance and shows very promising results in controlling or even reversing a wide range of physical and mental issues.

This article from Harvard Health discusses how yoga has been found to help reduce the stress response, including: “…reducing the heart rate, lowering blood pressure, and easing respiration. There is also evidence that yoga practices help increase heart rate variability, an indicator of the body’s ability to respond to stress more flexibly.”

Last year, one study on veterans which was presented at the 125th Annual Convention of the American Psychological Association found that “…male veterans who had elevated depression scores before a twice weekly hatha yoga program had a significant reduction in depression symptoms after the eight-week program.”

Along with this study, there were several others that were also presented at the convention that demonstrated how yoga may be beneficial in helping to reduce symptoms of depression, as listed here by YogaJournal.com:

Of course, you should always consult your primary doctor when adding any new form of therapy to your treatment plan, but yoga may be a wonderful and natural way to improve your results!