The Top 10 Health Benefits of Yoga 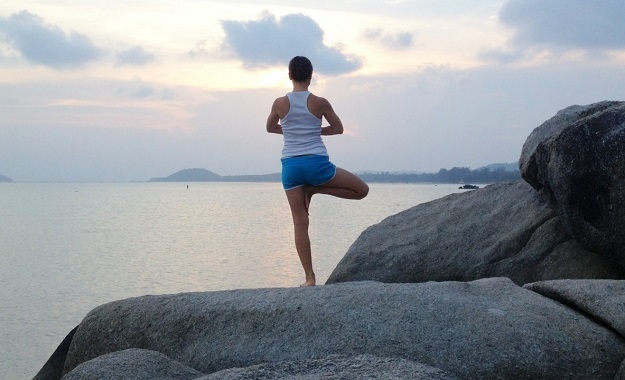 Yoga isn’t just another fitness trend – it actually has substantial benefits for your physical and mental health! Here are 10 of the most important health benefits of yoga…

We talk a lot here about how good yoga is for you, but what exactly are the health benefits of yoga?

While many people think of yoga as simply another form of physical exercise which can help you improve your flexibility and fitness, and manage your stress levels, in fact, the health benefits of yoga go far beyond these. While relatively new to the Western world (at least as a widely practiced form of exercise), yoga has been practiced in the East for centuries not just as a form of physical exercise, but for its many health benefits.

Below are just a few of the many health benefits of yoga, some of which you can experience immediately, while others will be more long-term benefits that you will reap after practicing yoga regularly for a while.

Many variations of yoga help calm the mind and allow for the brain to function clearer. With Hatha yoga specifically (which focuses more on your physical posture instead of your flow or sequence), you only need 20 minutes to boost your focus, improve cognitive function, and have a better memory. A study from the University of Illinois showed that those who practiced Hatha yoga had better performance of brain function tests after a 20-minute session compared to those who do aerobic exercises.

Those who practice Bikram yoga (a variation of yoga that requires 90 minutes of performing a series of 26 postures inside a heated room) have reported better flexibility and strength after each session. They’re also the ones with less body fat compared to practitioners of other forms of yoga.

Wouldn’t it be nice to have less body fat and have better flexibility and core strength?

It’s no joke why so many people credit yoga for helping them relax and release stress. There are countless studies out there and testimonials from people who have first-hand experience with yoga’s powers when it comes to de-stressing…

You don’t have to be a smoker to have horrible lung capacity, especially for those who live in the city. No matter how clean you think the air you breathe is, air pollution will still wreak havoc on those air bags inside your ribs. Your vital lung capacity gets improved immensely and you’ll find yourself getting less winded while climbing up the stairs once you do yoga regularly.

A few months of practicing yoga can improve your vital lung capacity. It’s essentially the amount of air that you exhale after taking a long, deep breath.

While yoga may not be of much help if your hypertension is off the charts, it can still provide improvements for those who have mild to moderate levels of it. Researchers from the University of Pennsylvania found that yoga practitioners had better blood pressure levels compared to those who use other nutrition and/or weight/fitness programs. You’re more relaxed and fit, so your arteries won’t have to put too much work into pumping blood to your heart (thus saving you from expensive medical bills due to high blood pressure).

We all know that yoga can help lower stress levels, so everyone should also be aware that the long-term practice of it can relieve anxiety, since it helps increase the gamma-aminobutyric (GABA) levels of the brain. Lower levels of this has been attributed to depression and various other disorders.

It is common for people who suffer from anxiety disorders to practice yoga to reduce the frequency of their panic attacks. Although may not replace medications for these conditions, yoga is the go-to workout for those who want to supplement those meds and improve their results.

People who practice yoga (along with a healthy lifestyle) have significantly lower blood pressure, cholesterol, and blood sugar levels. This, in turn, puts them out of risk of suffering from cardiovascular diseases.

Yoga has been discovered to help older adults have better bone density. Since ageing can disintegrate a person’s bones, researchers were surprised that those who did yoga actually ended up gaining bone instead.

9.) Helps to Reduce Chronic Neck and Back Pain

Just a month of practicing Iyengar yoga (a variation of Hatha yoga that focuses on proper posture and alignment with the use of props) can help significantly reduce chronic neck pain in adults. Aside from that, people with chronic back pain have used the same variation to reduce discomfort and improve their moods—which they claim is more effective than a standard medical treatment. Another bonus? Iyengar yoga improves the sense of balance, which prevents older adults from suffering from falls.

However, there are some yoga poses and variations out there that might cause more damage to your neck and back if you don’t do them properly. So always make sure you have an experienced yoga instructor present during sessions if you’re still a beginner. Some yoga practitioners who opt to do their first few tries of the art end up straining their backs and necks instead of experiencing the proper benefits it could have for you.

Since yoga is a meditative technique as well, it can provide you a better way of helping induce sleep, especially if you’re a bit of an insomniac. Restorative asana, yoga nidra , Savasana, pranayama, and meditation encourage pratyahara, which means “turning inward into the senses” This helps put your nervous system in a more relaxed and calm state.

These are just a few of the many health benefits of yoga! Read more at GotYoga.com…

The 7 Spiritual Laws of Yoga