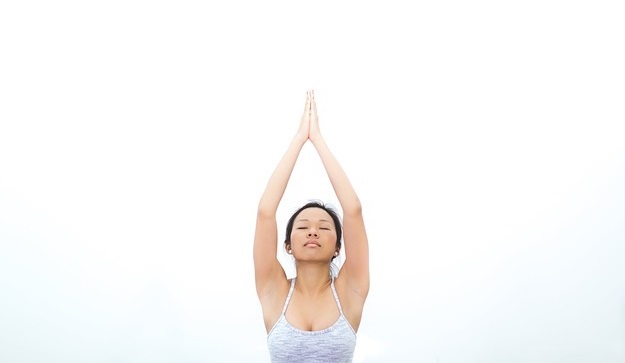 Vinyasa yoga is one of the most common yoga classes, but here are a few things you might not know about this popular form of yoga…

Vinyasa yoga is one of the more common types of yoga in the West, and it is typically thought of mostly as a form of physical exercise. Vinyasa is often an energetic, flowing form of yoga which also may go by the name “Power Yoga,” and some people use it for weight loss as well as for improving overall physical fitness.

However, there are a number of elements of Vinyasa which are misunderstood by many people. For example, did you know that Vinyasa is literally defined as “an intelligent sequence of postures“? Vinyasa yoga is not just about exercise – it can be very introspective, and is a great way to get to know yourself better and learn how to love yourself as a whole person!

Here are 3 more things you may not know about Vinyasa yoga, according to YogaJournal.com:

It’s appropriate to focus on stretching and strengthening in the beginning of a vinyasa yoga practice. Once your muscles are open, the practice turns toward the joints. And once the joints are open, you can access the organs. Vinyasa yoga has so much to do with improving circulation and alleviating congestion in the organs.

2. It’s a meditation in motion.

Meditation is focusing the mind, and vinyasa yoga focuses the mind because it gives you something to focus your mind on. It’s a dynamic meditation. Whether it’s the breath, the movement, the bandhas, or the asanas, there’s a very strong mental component to vinyasa yoga practice. Vinyasa yoga can be instrumental in stabilizing and focusing your entire life.

There are 9 drishtis or gazing points in Hatha yoga (which are also used in vinyasa yoga), and each pose has a very specific drishti. Yoga is about listening and executing a task. Each pose has many tasks, and one of them is the drishti. Gazing in a specific direction helps to create the meditation for each pose.

5 Ways to Stay Consistent with Your Yoga Practice