Should Men Do Yoga? 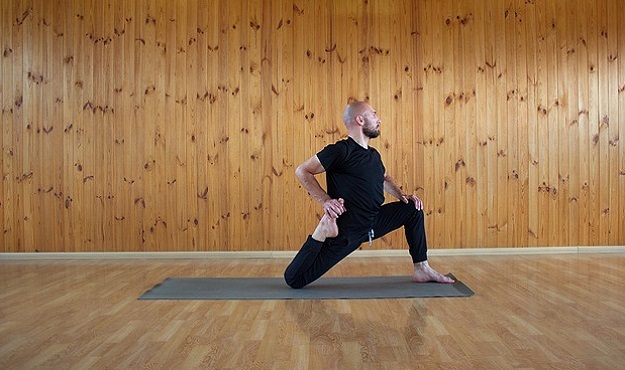 It seems like such a female-dominated activity, but should men do yoga as well?

While that may seem like a weird question at first, when you think about it, the majority of yoga photos we see in the Western world today are of women doing yoga, or women modelling yoga clothes and accessories in commercials, or women meditating… However, yoga was originally developed by men in ancient India, and were the primary practitioners of yoga for hundreds of years!

So the better question is “Why don’t more men do yoga?”

The modern answer is, it’s a perception issue more than anything else. Unlike the male-dominated sports world, because yoga is non-competitive, many males view it as a “girly” sport, and not worth doing.

In reality, this skewed perception couldn’t be further from the truth. In fact, many athletes do yoga on a regular basis – including the whole L.A. Laker basketball team!

But in general, most men have some reservations about doing yoga – especially in a mixed-gender yoga class, namely:

• First would they be welcome in a yoga class dominated by females?
• Second, are they flexible enough to participate in yoga?

It’s true that, with 77% of practicing yogis in the U.S. being female, it can be overwhelming at first walking into a co-ed yoga class, especially if you are only one of a few, or even the only male in the whole class. But in most cases, this issue isn’t with the women at all – it’s just what’s going on in your own head.

Just remember that all of you are there for the same reason – to improve both your physical and mental well-being. In most cases, gender is immaterial; women are there for their own experience, and don’t care who else is in the class with them.

If for some reason you are uncomfortable practicing in a female dominated class, search out a studio that offers all-male classes. Many of them now do.

Now for the flexibility question…

Because most yoga postures or asanas were originally developed by men, many of them are actually more suited to men than women because of the upper body strength needed to complete the pose – something that many women struggle with at first. But the flexibility question is real – women by nature tend to be more flexible than men. Researchers aren’t sure why, but it is true. Also, men differ from women in that they tend to develop more muscles in some areas of their body while not in others – depending on which sports they practice. This muscle development can actually reduce flexibility.

However, this just means you may benefit even more than women do from yoga in terms of flexibility! Yoga stretches and loosens tight muscles and increases overall flexibility with regular practice.

And flexibility is only one benefit; others include:
• Increased mental sharpness
• Less stress
• Increased blood flow
• Detoxification of the body
• And much more!

So the answer is yes, men can and should do yoga for a number of reasons. Check out a studio near you and join a class – or find some good yoga DVDs or online classes. Your body will thank you for it!

10 Reasons Men Should Do Yoga

5 Yoga Poses for Lower Back Pain

What Yoga Does to Your Cardiovascular System

Can Yoga Help with Seasonal Depression?