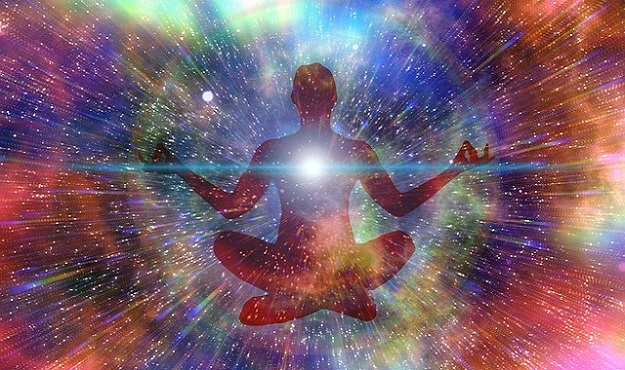 What is samadhi and how does one attain it? Here’s a quick introduction…

Unless you’re familiar with Patanjali’s 8 limbs of yoga, you may never have heard of samadhi, but it is an important concept for many yogis, Buddhists, Hindus, and other practitioners of Eastern traditions.

Samadhi represents the state of enlightenment or pure consciousness, transcending material concerns and the entrapments of the ego. The concept of samadhi in yoga is often associated with Ashtanga yoga and is believed to be the final step on the path to enlightenment – or the 8th limb of the yogic path.

Samadhi is described as a state of “non-duality” where the self and the world around it are (finally) perceived as one and the same. Effectively transcending the limits of the body, mind, and identity, the aspiring yogi becomes one with everything.

Attaining samadhi is not an easy task, and it requires discipline and dedication. However, it is possible for anyone, meaning, you don’t need any specialized training or qualifications to achieve it. Practicing the 8 limbs of yoga is believed to be one of the best ways to get there – or at least to bring you closer:

Many believe samadhi can only be attained through the mental discipline of yoga… (as in, the eight limbs, not just the physical poses or asanas), but that’s not to say it isn’t accessible to anyone. In theory, the potential is within all of us, and the eight limbs are the most straightforward “steps” to reaching it.

How do you know if you’re approaching samadhi? According to MindBodyGreen.com, here are a few signs that could indicate you’re making progress:

Even if you never achieve this lofty goal, many yogis feel the journey in itself is worth something:

Samadhi may not come easy, but anyone can participate in the path toward it. Like any practice, it requires patience, determination, and a degree of detachment from the outcome. Even if someone doesn’t reach Samadhi in this lifetime, the pursuit of enlightenment can still deepen your spiritual life and help you reach a new level of peace and understanding.

What Is a Yogi?