Connect with the Infinite Through the Crown Chakra 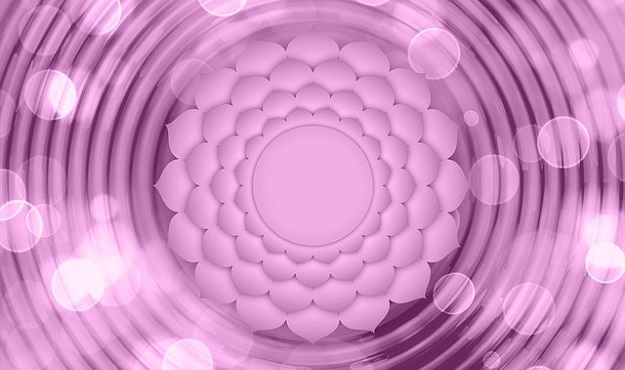 As we wrap up our chakra series, we come to the Crown Chakra or Sahaswara chakra. This chakra is also known as the thousand-petal lotus chakra, and it is the seventh and final chakra, located at the crown of the head. This is the most spiritual chakra, and is believed to be our connection to enlightenment and the universe, as well as our higher selves and every other being on the planet. One could say this is the chakra of unity, and it helps us connect to our divine nature. This chakra is associated with the color violet (or sometimes white), and the element of higher thought.

Opening the crown chakra helps one to feel connected to the world around you in a deeper way, experience unconditional love, and be more selfless, kind, compassionate, and forgiving. This chakra inspires service and the pursuit of helping others, and it is also associated with wisdom, devotion, inspiration, and prophetic thought.

Here are some of the benefits of healing and balancing the crown chakra according to YogaJournal.com:

As you start to balance the crown chakra, you may feel more at ease. Mentally, you’ll feel much more relaxed and clear-headed—gaining the ability to situate yourself in the world around you. You may also find increased synergy between your physical body and your mental state, and feel more connected with the spiritual realm.

On the other hand, a closed or imbalanced crown chakra results in a lack of connection with others, feelings of isolation or loneliness, self-centered thoughts and behaviors, and cynicism or lack of empathy. (If you’ve ever been accused of being “closed-minded,” you may have a crown chakra imbalance!) You may also experience poor mental function, confusion, or lack of focus. Physical manifestations may include skin conditions, poor balance and coordination, or generally poor physical function.

Note that energetically, the seventh chakra has a connection with the first (Root) chakra, as they both are at the extremities of the chakra system.

How to Balance Your Crown Chakra:

There are a number of things you can do to help open, balance, and heal your seventh chakra. Mindfulness meditations can help, as well as acts of service for others, and spending time outdoors in the sun.

Here’s a short meditation to try from YogiApproved.com:

Close your eyes and know that you are the universe and the universe is you. All the infinite wisdom of the divine flows through you and in you.

Pranayama practices such as Alternate Nostril Breathing or Breath of Fire, and slow and meditative yoga sequences such as Yin Yoga can also be helpful. Try inverted yoga poses such as Headstand, Plow, Shoulder Stand, or Downward Facing Dog, or restorative or meditative poses such as Lotus, Reclined Bound Angle Pose, and Fish Pose.

Learn More About the Other Chakras:

What Is a Yogi?

7 Tips for Starting A Meditation Practice